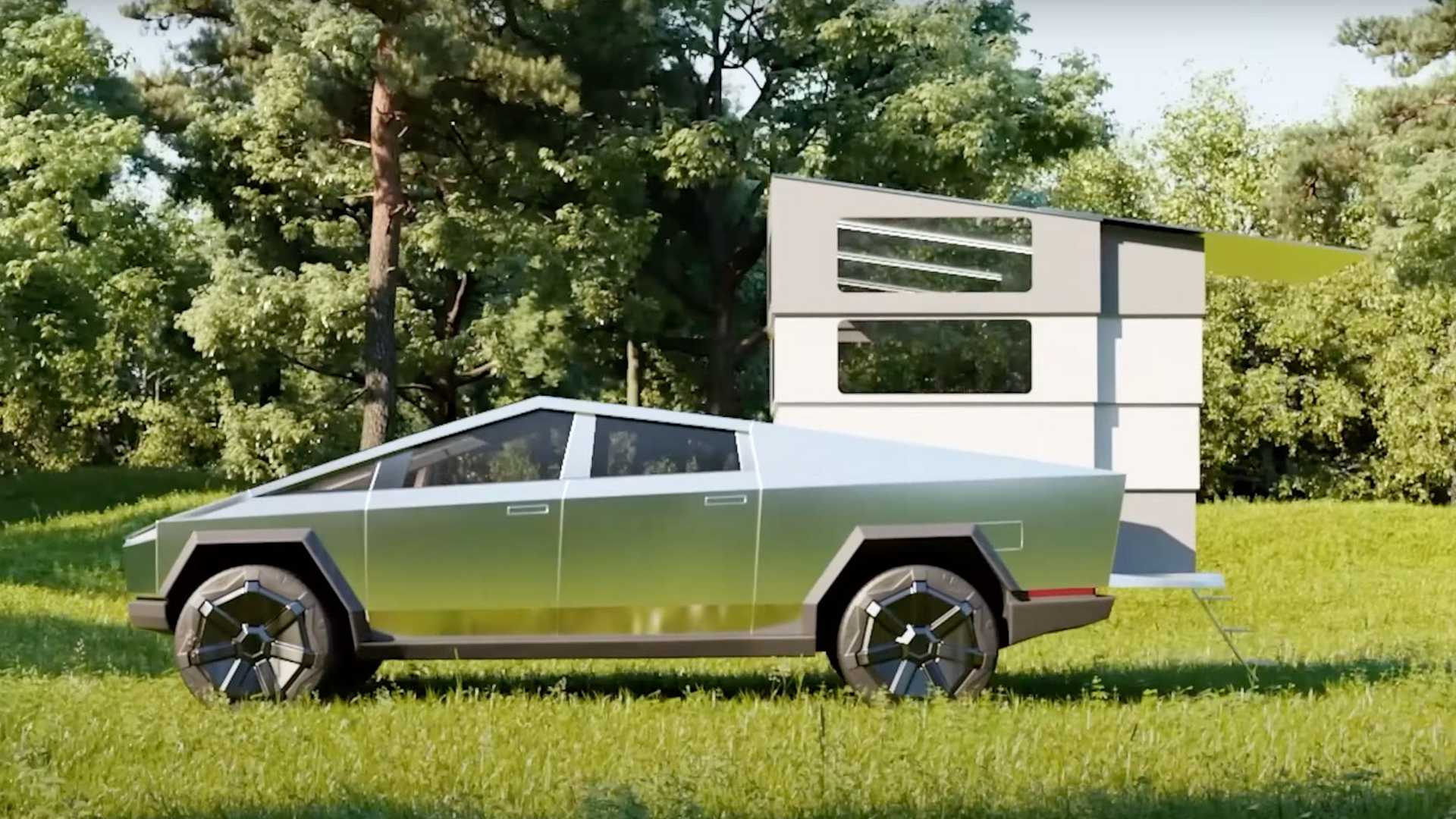 The Cybertruck from Tesla isn’t even going into production yet, and yet, the electric pickup has been a total sell-out. This is thanks to certain accessories. This in specific is referring to the Cyberlandr.

What is the Cyberlandr, exactly?

Seemingly, a fairy tale. The Cyberlandr attaches to the Cybertruck as the ultimate camper in minimalism. Tesla has been said to be offered up with “sick attachments.” The Cyberquad, an add-on ATV, is already being seen as optional for Cybertruck. Ther camper configuration is seen as a tease of sorts. And it’s very interesting because third-parties have an opportunity to take Tesla and their products to make their own products. The electric pickup truck isn’t quite yet being built at the time being. But when it is, the highest likelihood is that the Cyberlandr.

With over 1,2000 pounds of weight on the back of the Cybertruck, the weight of the Cyberlandr on the Tesla model would only affect it by so much. 5% roughly.

Features included had been involving a living room, a kitchen, and a bathroom. The manufacturers of this accessory had this to say: “When stowed, CyberLandr disappears entirely within the bed of the Cybertruck and allows the tonneau cover and tailgate to close so it creates zero aerodynamic drag and provides an exceptionally low center of gravity.”

In the kitchen, you get a large sink with a small faucet with manual and voice control. This also includes a wide porcelain countertop. This has about five square feet of working space. The living room itself also turns into a bedroom, equipped with home automation used to control climate. There’s also a 32 inch, 4K UHD Smart TV. The Alarm has 360-degree surveillance. The bathroom itself has a dry-flush toilet with self-cleaning bowl capabilities. Enter this contest to maybe win it?