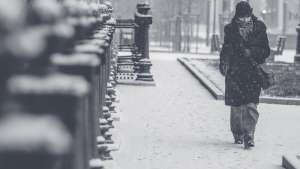 DETROIT, MI – After the recent storm movement, certain communities in Southeast Michigan have declared snow emergencies. On Sunday night, a rapid but powerful storm dropped about 6 inches of snow across the Detroit region. This created a troublesome commute for those at the beginning of their work week.

Although the snowy roads proved for a somewhat treacherous commute, the storm didn’t have too much of an impact on the city. The blizzard did warrant some change, but one expects this during the winter. At peaking rush hour, the freeways were mostly free from accidents. Fortunately, only a few houses lost power in the Southeast Michigan region. The storm also affected Metro Airport. As officials delayed sixteen flights, only one flight was canceled.

Meteorologists assume temperatures remaining in their 20s during the day. Some cities, like Plymouth, Sterling Heights and Livonia declared a snow emergency.

However, one accident resulted in a pile-up on Sunday afternoon. The crash involved 25 vehicles and paramedics took three people to the hospital. This was the result of high speeds on snow-covered roads with limited visibility. Officials caution people to great caution while driving.

Snow is expected to reduce as the week continues. Especially, in areas of west, central, south-central and west-central Michigan. While experts predict the snow will slow, winds are to remain at a consistent 15 miles per hour. But only time will tell how long the storm will stay.