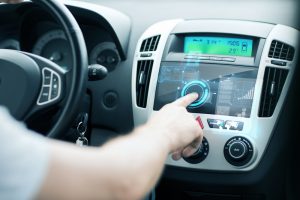 Ford made a great announcement this week, which has been the topic of the week for people in Detroit.

The multi-million auto company announced that it will be taking over the abandoned train station in Detroit and renovating it.

Ford plans to turn the property into an “innovation hub” where workers will work on electric cars, as well as self-driving cars.

The Michigan Central Station shut down about 30 years ago and became an abandoned building that was not in use for anything. However, now that Ford bought the property, it will turn the entire area into an auto station center.
500,000-square-feet and 13 stories tall, Ford envisions the train station to be the next leading auto construction center.

Construction is expected to be done in about three to four years.

Ford’s vision? Turn the place into an advanced technological area filled with the most talented people in technology.

Their competition is the companies in Silicon Valley and all the other competitor auto industries. But the CEO is very excited about this new project and believes it will be a huge success in the city of Detroit.

In an interview with Crain’s Detroit Business, Bill Ford Jr., executive chairman of Ford, stated that they “[are] making a big bet on our future.” He’s optimistic that the station will be helpful to the company as well as the U.S. economy, just like the other Ford centers are.

After the property is done with construction, employees of Ford will be working on numerous types of vehicles together. Some future projects also include technology that will improve traffic.

Since the company is already headquartered in Dearborn, Michigan, they will eventually have all of their teams set in Corktown.

Toyota Shoots for the Stars and Streets With Sequoia TRD Pro

A Brief History Of The Electric Car