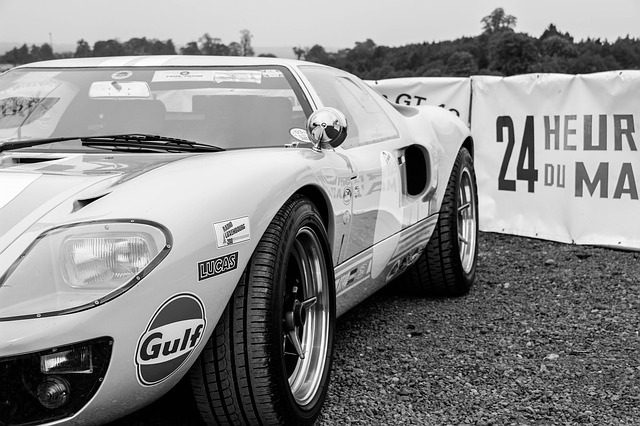 The Ford GT40 was an example product of the times. Pumping out a massive engine combined with tight and effective engineering, this car went on to inspire many generations of vehicles after it. The GT40 went on to win 5 Le Mans consecutively against racing powerhouses like Ferrari. This vehicle obtained its first American win against a European race…and of course, it came from Detroit.

Ford motor company spent speculated millions in regards to prototyping a vehicle that could compete and run in Euro-tier races. A deal was struck by Enzo Ferrari to develop an engine that would help provide competitive racing for the American automotive industry. Unfortunately, the deal was broken off last minute by Ferrari. This left Ford searching last second for other options.

After a last-second scramble, Ford found Lotus. Lotus had not taken part in any sort of European racing competitions so this was essentially a new experience for them. The “Lola” engine failed to finish at the next years Le Man’s. Eric Broadly, the owner of the Lola engine design, decided on a short-term contract to produce a winning engine.

The Ford GT40 Is Born

The next couple of races presented poor results for future competitive vehicles. In the first 3 races (including Le Mans) the GT40 broke down. All three, in fact, didn’t see the finish line. From then on, the cars were packed up (without even being cleaned down) and sent to Shelby. On initial inspection, Shelby mentioned the poor maintenance of the vehicles (not taking into consideration that they were packed and shipped immediately after their retirement on the track). After that, everything changed. Much like the P51 – Mustang, all it took was an American vehicle to drop a British Engine in it.

The team over at Gt40 learned their lessons, perfected every niche and was ready for the next season of racing. With anew engine and complete redesign, the Ford GT40 was ready to race. It went on to dethrone Ferrari from its top seed and destroyed them for 5 consecutive years following. Not only that, but the top three finishing cars for the consecutive years were the GT40.