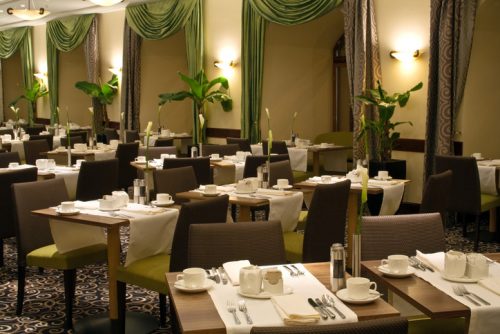 If there is one word to describe Detroit, the most matching title will be ‘’ a city of ingenuity’’.

While lots of cities tore down their classic architecture to open some space for parking garages, the Motor City has never forgotten its history and left its buildings.

Despite the fact that in the late 20th century much of the city’s historic architecture got ruined, the bones of the buildings are still there.

Due to artists and progressive individuals, who moved into the beautiful ruined places to fix them, the city put itself back on the map.  Detroiters petitioned to bring the city into life. Even these days some business owners take old spaces and make them into utterly modern buildings.

But the good thing is that there is always an indication of the heritage.  Few years ago the artist named Tyree Guyton, revitalized a neglected –area of eastern Detroit by repainting buildings in bright polka-dotted colors. The project is known as the Heidelberg Project.

The project has been continuing for 30 years and the artist plans to involve other parts of Detroit as well.

Just in case you are in Detroit and have some spare time, check out Second Best Bar to pay homage, which used to be the Heidelberg Project’s former offices.

Another bar that stands at the place of former pawn shop, is pretty confusing due to the historic signage that was left. The Gold Cash Cold has the interior that tells about the past, and the restaurant floor was ripped out of a high school gymnasium.

The menu of the restaurant is in contrast fully modern. Just think about ravioli with goat cheese, a salad of mushrooms and cauliflower roasted with turmeric.

Just imagine a place looking like a library to transform into an elegant dining room of Wright& Company. Find yourself in an old-school mansion to spoil yourself with fancy cocktails and small-plat meals.

To sum up your perfect day in Detroit, check out one of the most successful transformations in an old alley known as The Belt.

The trendiest spaces for public art feature murals from internationally known artists.  Space itself is worth a visit due to its immersive art installation from art due Faile.