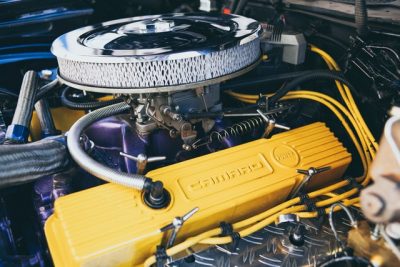 The Detroit Motor Show traditionally took place in Detroit early January. But due to competition from automotive stands, Vegas-bound for the CES, they prefer a summer slot. However, this year’s inaugural June ‘re-imagined’ event due to the COVID-19 pandemic. But next year’s event was to take place until this latest announcement.

A factor for the organizers to reschedule is thanks to the organizers of the LA Show. (Which will now move the event forward from this November to next May.) A bunch of North American shows taking place in the April-June period (New show takes place in April).

NAIAS officials are saying the show will be a ‘global powerhouse of current product and next-generation mobility combined with immersive brand activations and product engagement for both the international media and the public.’

The autumn (fall) show is going forward, according to NAIAS. It will take place after the inaugural event in September 2021. For the next three years, show dates have seen a rescheduling with the TCF Center (formerly known as the Cobo.)

The importance is of spreading out major auto shows is a win for all parties. Auto companies have an opportunity to give their best at each and every show.

Expanding the show’s marketing reach and draw additional show visitors from beyond the region and state is the goal of NAIAS officials. Because of this campaign, consumers will be able to preview all the latest new cars and trucks that head to dealership showrooms while also enjoying Detroit and Michigan in the fall.

The September 2021 show will have the same product experiences at the June show. This yearly event is a go and see interactive convention for anyone who is anybody in the automotive industry.