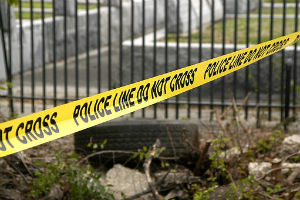 DETROIT, MI – The Detroit Police Department is busy looking into the death of a woman on the east side of the city. Police discovered her dead in a vacant home.

Authorities remain mum on whether this woman’s death is related to the recent spate of suspected serial killings. This includes the death of three women.

Detroit Police spokeswoman Officer Vanessa Burt reported that the Detroit Police received a call at around 5:47 p.m. Monday. Police dispatched officers to an empty home on the 500 block of Brentwood. When they arrived they quickly found a body of a 45-year-old woman on the floor.

Officer Burt made a point to say that investigators are waiting on the results of an autopsy being conducted by the Wayne County Medical Examiner’s office. Also, as of right now, the police have not publicly revealed the identity of the woman.

Authorities are still investigating the killings of three sex workers who were in their 50s. In fact, officers discovered their bodies in March and May. Police uncovered these bodies in vacant homes also on the east side.

When the media pressed the police as to whether this case could be connected to the previous murders, Officer Burt said, “We can’t confirm that.”

Updates will be provided as they become available according to police.