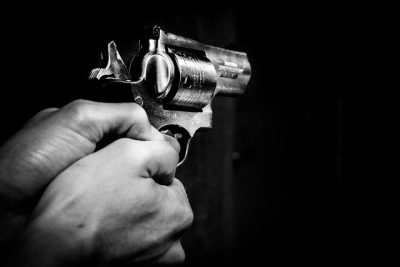 A slew of shootings resulted in several injuries and 1 death over the weekend across the city. Despite stay at home orders, social encounters occurred that escalated into gunfire.

The first happened on the 1000 block of E. Canfield in Detroit. An argument broke out between two individuals shortly before 8 pm on Saturday evening. While the details of their argument remain unreported, police believe it caused the subsequent gunfire. The shooter fired through the windshield of the 25-year-old victim’s car. Then, they fled on foot.

The second of the weekend’s four shootings took place later that night. At around 11 pm at the corner of Mack and Moross, a 30-year-old took fire at a bus stop. There, another argument erupted between him and a pair of unidentified suspects. After they exchanged heated words, one of the suspects fired rounds at the victim.

He’s listed as in stable condition, receiving treatment at the hospital.

In the third shooting, one man lost his life. Also around 11 pm, a verbal altercation escalated into gunfire on the 19500 block of Ferguson. A 19-year-old woman stood outside when the argument occurred, which resulted in shots fired. Then, the teen took gunfire, as well as a 25-year-old man, who died.

The nature of the argument and the relation of the victims to it remains uncertain. The teen’s condition was reported as “temporary serious.”

Much later in the night, at around 3 am Sunday, the final of the 4 shootings took place on the 13000 block of W. 7 Mile Road. During this altercation, gunfire was exchanged between parties.

A 30-year-old with a concealed pistol license took fire from 2 suspects as he sat in his vehicle. In response, he returned fire and the two suspects fled. The man then transported himself to the hospital. He was reportedly stable.