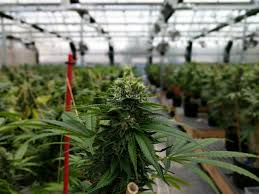 Drug smuggling is a thing everywhere. Now, more than ever, smugglers are finding new and innovative ways to stay out of the eyes of law enforcement.

Well, now you can add submarines to the list of tools.

Federal law enforcement managed to torpedo a submarine that they believed was smuggling drugs. Once the water cleared a man who was identified as Glen Richard C, 49, of Windsor, Ontario was found clutching approximately 265 pounds of marijuana and floating unconscious in the water.

Mousseau is involved in din large-scale drug trafficking throughout both Canada and the US.

Upon interrogation, Mousseau stated his involvement in smuggling organizations. The operations move large-scale amounts of drugs and money back and forth across the border.

Mousseau also stated his involvement with the organizations. While undergoing interrogation by authorities, he stated that he provides GPS coordinates for different locations across the Detroit River. His partner drives the submarine to the coordinates, drops off the payload, picks up the money, and returns back to Canada.

The US Canadian border has the least enforcement in the world. Many areas are big empty gaps. Easy for those looking to transport unauthorized goods across lines.

Some of these areas aren’t as empty as others. As Detroit sits directly on the border to Canada, the areas receive more funding to fight against drug running. While drug smuggling typically utilizes all forms of carriers such as planes, vehicles, and boats, the thought of using a submarine to transport contraband is taking things to a whole new level.

“Narco Submarines” is the name for these vessels and they are more common in South America. There are numerous different types of different levels of smuggling. Altogether they are not fully submersible. The intent is to keep a low-profile.

For Mousseau, this looks like the end of his submarine experiences for a while.