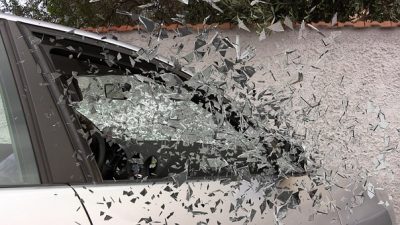 DETROIT, MI – The hit-and-run car crash that fatally struck a 13-year-old girl in August has finally come to rest. The Detroit teenager behind the hit-and-run was charged with second-degree murder, according to authorities.

The teen charged has been identified as 17-year-old Jhanya Burton. According to Wayne County Prosecutor’s Office, Burton has been charged as an adult-designated juvenile. Therefore, if Burton is found guilty of murder, then a judge can sentence her as a juvenile, as an adult, or by merging the two.

Moreover, Burton will continue to stay in the Detroit Juvenile Detention Center until she appears in juvenile court next month. The preliminary examination is scheduled to take place on October 24.

According to police, the hit-and-run that fatally struck the young teenage girl occurred on August 31. It should be noted that Burton left the scene of the crash. Furthermore, the incident occurred around 11:17 p.m. in the east side section of Detroit near Bradford and East McNichols.

Reports state that at the time of the crash, Burton was 16 years old. Additionally, there were six other passengers in the vehicle as well. Accompanying Burton were two 20-year-old women, one from Detroit, and the other from Eastpointe. According to police, the rest of the passengers ranged in age from 13 to 16-years-old.

Police officials stated that Burton was allegedly speeding and hit a tree. As a result of the crash, the youngest passenger in the car, just 13, was ejected from the car, and died.

Burton then fled the scene on foot. However, she later turned herself in to the police.