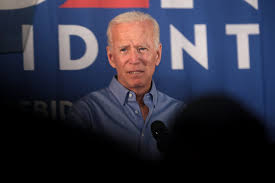 Over the weekend, the Michigan Democratic Black Caucus formally endorsed former Vice President Joe Biden for the Democratic nomination. The endorsement comes at a time of slipping numbers for Biden’s campaign.

Last week, his campaign took a hit in the Iowa caucus. As the first in the nation, the Iowa primary caucus influences support in the states that follow. Often considered an early filter, widdling away less viable candidates, this time around it failed to do so.

Thanks to a faulty app, a reporting error caused a great deal of confusion surrounding the final tally. However, the takeaways from Iowa proved unfavorable to Biden.

Political pundits suggest this punches a hole in his argument. If he fails to rally enthusiastic support in the primary, it raises doubts of his capabilities in the general against Donald Trump. The president’s base remains enthusiastic. Despite slipping approval ratings, his steadfast supporters pose a hurdle for any Democratic challenger.

They will have to meet him with an equally enthusiastic base in a coalition uniting them with non-voters attracted to the counter-messaging.

Biden Attempts to Shore Up Support

Biden, so far, polls well nationally. An average puts him in the lead, though Sanders’s numbers challenge him in recent polling. For example, the Vermont senator recently took top spot on a Quinnipiac poll with 25 percent. On that same poll, Biden fell to second with only 17 percent.

The latest endorsement reflects one source of strength for Biden’s campaign, however. Biden remains popular among older, Black voters. The endorsement likely serves to remind the American public of this support, suggesting Biden remains an electable candidate for the general. President Trump has remarkably low approval from Black Americans, a weakness in his reelection campaign.

The chair of the Michigan Democratic Black Caucus, Keith Williams, said, “We have seen Donald Trump wreak havoc in our communities, create division and inflame hate for three years.”

New Hampshire holds its primary this Tuesday. Sanders is expected to lead the field, likely punching another hole in Biden’s electability argument.

Over the weekend, the Michigan Democratic Black Caucus ... Read More