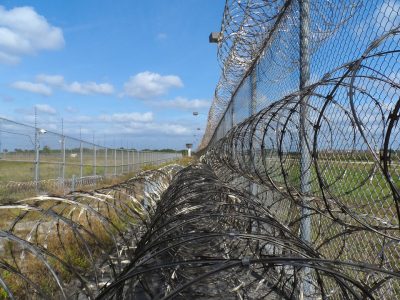 KINGSLEY, MI – The bodies of two correction officers at the Michigan Department of Corrections were found with shotgun wounds at their home.

The lifeless bodies of Angelina Winn and Tara Kelley were found at their home around 9 a.m. last Friday morning. The women were 49 and 53 respectively and shared a home on Walton, in the village of Kinsley.

A friend made the discovery after stopping by to check on the two Michigan Department of Corrections employees. The anonymous friend immediately contacted the authorities, who arrived at the scene shortly after.

The Grand Traverse County Sheriff’s Office oversees the investigation. As of this morning, Lt. Chris Oosse, a spokesman for the Sheriff’s Office, made a public statement giving few details about the incident.

Neither the exact location of the bodies inside the house nor the direction of the investigation have been publicly discussed.

Meanwhile, the medical examiner’s office refused to release the official cause of death. Nonetheless, both women presented gunshot wounds.

However, the Sheriff in charge of the investigation said in a statement this Saturday that there is no current threat to the public in relation to their deaths.

Both women were veteran correction officers for the state of Michigan. Kelley had worked at the department for 19 years, while Winn has been an employee there for over 20.

They both spent most of their careers at Pugsley Correctional Facility, before moving to the Oaks in 2016, after the closure of the first one.

These deaths come amid the mental health crisis surrounding the employees at the MCD. Two different studies conducted in 2016 and 2019 showed high levels of PTDS, anxiety, and depression among staffers.

These mental health symptoms were particularly elevated in custodial employees.

The 2019 study also showed that at least 34 staff members were considering and even actively planning to kill themselves.

Meanwhile, the study carried out in 2016 blamed the mental health issues on the kind of work and the environment that surrounds it. Extreme exposure to violence and death is a known trigger for PTSD.

However, several staffers had previously complained about the conditions they had to work under, and the way their bosses or superiors treated them.

Among the many complaints made by employees are extreme discipline, mandatory overtime, and the lack of roll-call.

In 2015, the correctional officers’ union informed that 11 officers and other 5 recently retired employees had committed suicide.

So far, in 2019, 3 correction officers have killed themselves.

Car sales have become a complicated business. In the midst of a global pandemic, customers worr... Read More

Drug smuggling is a thing everywhere. Now, more than ever, smugglers are finding new and in... Read More