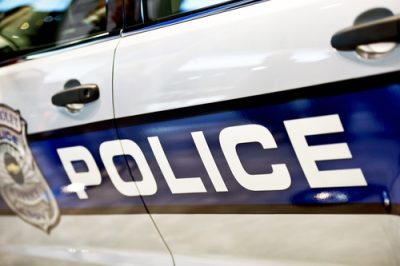 Imagine the conflict of being a cop. You wear a badge, you hold authority and, if you’re right in the head, the gun never has to fire.

Policemen have got enough to deal with, as society turns against their disappointing silence on Black Lives Matters. But is it too much to ask why the Los Angeles Police Department is selling their own Electric Vehicles?

A dealership in Alhambra listed around 18 BMW i3 EVs with details eerily similar to LAPD’s batch of beemers given to the force way back in 2016. From the paint job to the trim of upholstery, it’s the spitting image of the fuzz-mobile. According to New Century BMW, odometers read anywhere from 8,328 miles to 21,052 miles while sales soared from $15,190 to $17,868. These “government vehicles” have a Certified Pre-Owned Blessing. So why the abandonment?

THE CHARGE WAS HIGH BUT THE DEMAND WAS DYING

As a voltage ranger, Mayor Garcetti is no stranger. He regularly spearheads going gas-free on several occasions. So why should he backtrack with Greenlots installing 100 fast-charging stations? Maybe he just wanted to take a break from being the good guy all the time. Eric already showed face at the 2003 funeral of GM’s EV1 program. And he’s trying so hard to make sure LA’s own internal programming doesn’t get infected. Put his philanthropy on sleep mode, for Edison’s sake.

Police brutality has a long way to go before becoming a thing of the past. Though the fleet of BMW i3s had LAPD cruising around on non-emergency duty, they were seemingly not sufficient enough to be of use in “real world scenarios.” Rumor has it that even the Tesla Model S could fully replace the current squad cars, faster than the 83 mph i3s were dispensing.

Besides various differences in build, torque and capacity, the mechanics for driving an EV versus a regular old diesel driver are pretty alike. Right for Gas. Left for Brake. Life is great in a car with milkshakes! And while the eco-evolutions in recent models have stunned grease monkeys and soccer moms alike, people are prone to leaning towards price drops. Until DC-powered vehicles become more fact than fantasy, gas guzzlers are always going to be around for less upkeep.