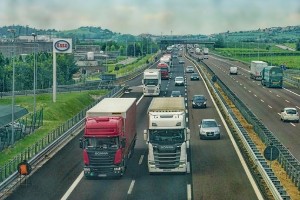 Michigan had a banner year in 2018 when it comes to producing money for road repair. In fact, the state created $2.7 billion for its road repair fund from  fuel tax and car registration fees.  In spite of this haul, leaders maintain the state is still not spending enough money to repair crumbling infrastructure.

A recently released report indicates there is an obvious culprit for this lack of funding. The report points to the increasingly high cost of road building materials. In fact, the documents notes that these materials have doubled in price over the past two decades. This data comes courtesy of analysis by the non-politically affiliated Michigan Senate Fiscal Agency.

While state and local departments are actually throwing more money at infrastructure projects, they’re getting less out of it due to inflation and labor costs. Furthermore, the report stresses the notion that it’s much costlier to replace a road in poor shape than it is to pay for the upkeep of a decent street. Consequently, it’s much tougher to combat the crumbling infrastructure.

According to the Senate agency, costs for core materials like cement, steel, asphalt, and rebar have risen by 100 percent in the last two decades. That’s twice the rate of general consumer price inflation. So, put another way, while the overall state spending is higher, raw material buying power dropped by $611 million between the years of 1998 and 2018.

Michigan legislators did, in fact, increase fuel taxes and registration fees based on a 2015 law. Still, the jump in prices have prevented road agencies from setting a more comprehensive repair schedule.

What do you all think? Is there an alternative so that state infrastructure can be improved?