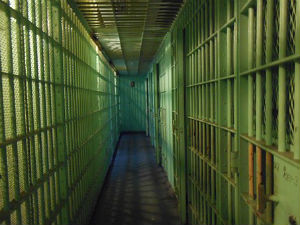 It’s a change for the good, and it’s probably been due for a while. Attitudes toward people with criminal records seem to be less frosty than they have been over the years. Even better for ex-convicts, this less predetermined opinion about people with criminal pasts occurs when the economy is thriving. It’s the perfect storm and its equaling jobs.

In fact, unemployment in the Detroit metro has dipped significantly. It’s hovering at 4/4% now as opposed to 10 years ago when it was at 17%. Nationwide, the unemployment rate is at a 50 year low with just 3.6 percent unemployment. Furthermore, most employers maintain that they can’t find enough workers.

So, you see where all of this is going… With a hunger for employees and an atmosphere where employers are more receptive to ex-convicts, the future is looking bright for this demographic. The over 20 million Americans with a criminal record stand an excellent chance of finding meaningful employment.

This particular issue, re-introducing felons back into the civilian world, is bringing people from different political groups together. First, Obama’s administration started the Fair Chance Business Pledge that helped knock down some of the obstacles for people who had criminal records. A component of this initiative got rid of the box on applications where employers asked if people had a criminal record. Many companies, including Google, Starbucks and Coca-Cola agreed to the pledge. Not only that, but up to 35 states have instituted a version of the ban.

Now with the First Step Act, the Trump administration is also committing to positively impacting the lives of people with criminal backgrounds. Part of this program includes improved educational resources so they can be better equipped for when they are released. In fact, Jared Kushner and Ivanka Trump have touted this as one of their signature causes.

And get this, the billionaire Koch brothers who have made enormous contributions to Republicans, have championed the program.

The bottom line is people need workers and they’ve evolved in their perception of ex-convicts. If they possess the skills for the job they’re now more open than ever to grant them an opportunity.

What do you all think? Is this a smart and ethical way to find new workers?