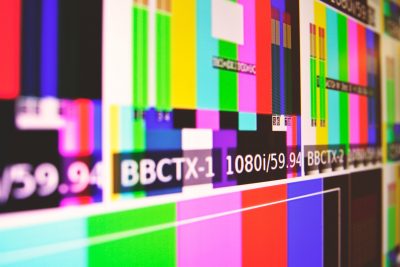 In recent years, the National Football League’s Super Bowl has been a hub for football fans and marketing gurus alike. Leaning a bit more towards the latter, I tend to find every thrill of the millions spent on commercials an exciting prospect. Especially when they advertise motor vehicles. These advertisements really have taken the cake and baked it to perfection. And almost every car company has paid for star-studded, effects-heavy, So let’s strap in and find out what makes these some of the most exciting car commercials ever.

“If you ain’t first, you’re last!” That’s the popular motto of Ricky Bobby that echoes at the end of this ad for Dodge’s Hellcats. The commercial shows a young 1981 equivalent of Will Ferrell’s character from Talladega Nights: The Ballad of Ricky Bobby, street racing against his best friend and his father. It’s playful, risky, full of stunt drivers and potentially a cash-cow. I’m sure this commercial made plenty of Dodge executives so freakin’ happy, they could kiss the head of baby Jesus himself.

It started out like any other commercial would. Just an endorsement from the lovable Bill Murray reprising his role from Harold Ramis’s Groundhog Day. What starts off as an innocent carjacking of both Jeep and rodent blossoms into a snow-filled friendship as Bill Murray learns to slow down and enjoy a the room for love a Jeep can provide.

This isn’t really from a movie. It just shows John Krasinski, Chris Evans and the talented Rachel Dratch admiring the self-parking capabilities of a Hyundai. Watch as they dispel neighborhoods in Massachusetts that you could only know if you’ve lived there yourself! What a quir-kahy commercial!

Back-to-back Hyundai commercials! Kevin Hart is playing a protective father as his daughter goes out on a date with a new boy. “Cautious” is putting it lightly, as he stalks the boy and girl all over town, in hopes that the new kid on the block will mind his P’s and Q’s. Definitely one of my favorite commercials, as it’s so hilarious to see this small man make a big deal out of nothing. While hanging out of a helicopter, no less!

There’s more I’d love to show you, but ultimately, I will leave you with what actually is a detour from the abnormal: a Walmart commercial. The gimmick here is that it features so many famous movie cars. From Back To The Future and Jurassic Park, to Knight Rider and The Flintstones. You’ll get sick of seeing Slimer from Ghostbusters before long.

Do you have a cool car but no way to ship it across the United States? Visit Detroit Car Transport now, for a FREE Quote!

In recent years, the National Football League's Super Bowl has been a hub for football fans and... Read More